Piezo Inkjet Industrial Printing - Drop on Demand. More robust printing heads can be user replaced depending on the manufacturer.

Voltage applied
A voltage is applied to piezoelectric element or "transducer". This causes the piezoelectric ceramic material to shorten which draws back the "piston" or "foot" at the firing chamber. Transducer movement is measured in millionths of an inch.

Piezo contracts
This, in turn, pulls ink into the chamber from the ink manifold through the restrictor. The properties of the ink are such that the surface tension at the orifices prevents air from being pulled into the chamber during this phase of the firing cycle.

Voltage released
The voltage is then released, the piezo transducer expands to its original length expelling ink out of the orifices of the chamber.

Ink fired
After the ink droplets leave the firing chamber, the fluid stabilizes and chamber readies for another firing cycle. 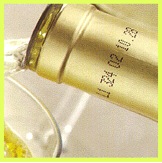 The ink jet comes out of the printhead through a nozzle. An ultrasonic signal of a fixed frequency is generated and breaks the ink jet into tiny drops. Individual drops of ink are electronically controlled to the correct positions. Ink not directed to the media is redirected to a gutter system that returns the ink to a waste ink capture area.

Some years ago, many companies started to research ways of manufacturing inkjet heads using the same processes that are currently used for integrated-circuit production. This process is known as MEMS Fabrication Techniques.

Micro-Electro Mechanical Systems (MEMS) is the technology of the very small, and merges at the nanoscale into “Nano-Electro Mechanical Systems” (NEMS) and nanotechnology. MEMS generally range in size from a micrometer (a millionth of a meter) to a millimeter (thousandth of a meter). The scale of MEMS is such that it permits larger and denser arrays of smaller ink orifices, increasing resolution and printing speed.
At these size scales, the standard constructs of classical physics do not always hold true. Some of the other benefits of silicon MEMS fabrication techniques feature sub-micron accuracy, robust material set and the ability for high-volume manufacturing. MEMS really shine in creating nozzles, holes, manifolds and channel structures in the inkjet head design.

MEMS based label printers are currently on the market, but if there are nozzle issues, the entire print bar must be replaced. These peinters are licensed and all use the phrase "MEMJET".